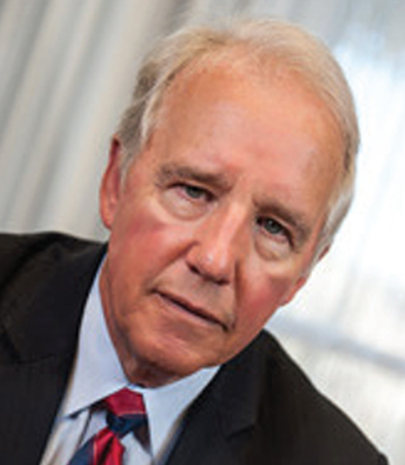 Retired Chief of DEA’s Office of Congressional and Public Affairs and Deputy Director of DARE America, William Alden is the current Chairman of the Board of Directors of the DEA Educational Foundation. Mr. Alden has spent over 40 years in the field of drug enforcement and abuse prevention. His experience ranges from being a DEA agent on the front lines, where he was the youngest agent ever to be promoted to front line supervisor, to the Chief of DEA’s Office of Congressional and Public Affairs. During his time as Chief, he helped raise public awareness by developing “Drug Wars: The Camarena Story.” His experience qualified him for the role as Deputy Director of DARE America and later as the owner of his own consulting firm, the Alden Group. Mr. Alden’s firm provides law enforcement and drug prevention services to organizations including DARE America, Noblis, Verint Technology Inc., and Lafayette Group.

In 2001, Mr. Alden proposed the idea of a DEA Educational Foundation, which he became the first president of, and today fills the role of Chairman of the Board of Directors. His expertise is valued by the Foundation in support of the DEA Museum, soliciting sponsors and partnerships which allow the museum to develop art displays and traveling exhibits that educate students about the dangers of drugs.