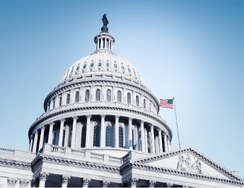 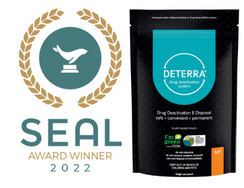 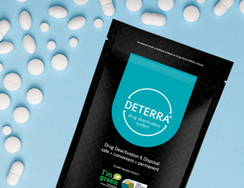 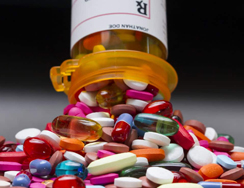 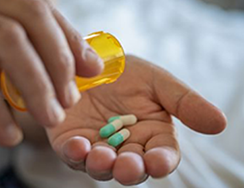 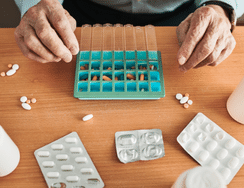 CEO Responds to State of the Union

Read Deterra CEO Jason Sundby’s response to these efforts and his thoughts on why evidence-based prevention strategies like drug deactivation and disposal are essential to curb fentanyl misuse and overdoses.

The Deterra Drug Deactivation and Disposal System received a SEAL Business Sustainability Award for the second year in a row. The SEAL Awards honor companies’ leadership, transparency, and commitment to sustainable business practices.

Deterra was recognized in the Sustainable Product category, which honors innovative and impactful products that are ‘purpose-built’ for a sustainable future.

Getting prevention resources out into the community is critical, but how you do it is just as important.

Need some ideas on how to distribute Deterra Pouches? Our latest blog post highlights the top 10 creative ways our partners have successfully used to get at-home drug deactivation and disposal resources into the hands of those who need them most.

More than 107,000 Americans died of drug overdoses in 2021, the highest death count ever recorded, according to the CDC. That translates to roughly one overdose death every five minutes, which does not capture the numerous other non-fatal overdoses that are occurring, all of which can be prevented.

With drug misuse and overdoses on the rise, U.S. employers cannot afford to ignore this national problem.

70% of post-surgical prescribed opioids can go unused, leaving harmful pills unused within homes. In Broome County, all short-term opioid prescriptions filled at Lourdes or UHS will now come with Deterra pouches. The goal is to make it easier for families to get rid of the drugs without having to go to a drop-box location.

Through this partnership, NYSOFA and OASAS are shipping 100,000 Deterra Drug Deactivation and Disposal Pouches to aging services providers for distribution and delivery to older adults.

To fight fentanyl, we must prioritize primary prevention

CEO Jason Sundby calls on the Biden administration to prioritize at-home drug deactivation and disposal in the fight against fentanyl.

Oneida County is giving away drug disposal bags. Here’s how to use them

Get Deterra today to remove the risk of drug misuse.