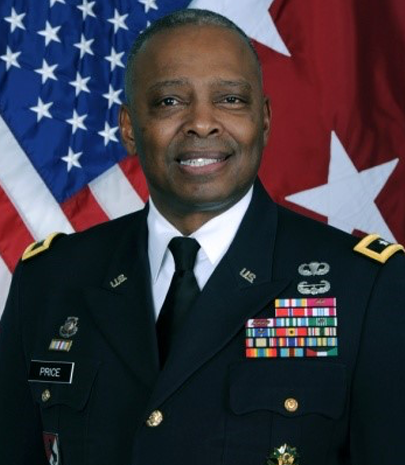 General Price is the President & CEO of CADCA. Price has a distinguished military career and public service experience that includes serving on multiple federal task forces. General Price was named President and CEO of Community Anti-Drug Coalitions of America (CADCA) in July 2020. He has served as CADCA’s executive vice president and chief operating officer since 2016. Price succeeds General Arthur T. Dean who will retire in 2021 after 23 years of serving CADCA and its coalitions.

He served on the President and First Lady’s Task Force on “Raising Responsible and Resourceful Teenagers” in 2000 as well as President Clinton’s “Mississippi Delta Task Force,” which sought to revitalize the 207-county, seven-state region that comprises the Mississippi River flood plain from 1999 through 2000. Price has authored two books: “Against All Enemies Foreign and Domestic: A Study of Urban Unrest and Federal Intervention Within the United States” and “Life on the Other Side of You.”

He is a Distinguished Military Graduate of the University of Houston’s College of Business Administration. He earned a Master of Arts in History from Texas A&M University and became the first African American to obtain a doctorate from the Department of History in the university’s 140-year history. He also earned a Master of Science in National Security Strategy from the National Defense University.