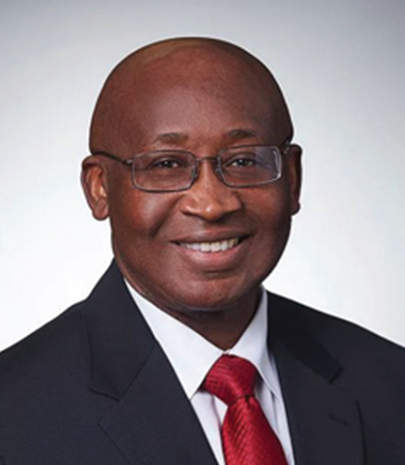 Dr. Granger led the largest U.S. and multinational battlefield health system in recent history, oversaw the integration of the Department of Defense’s managed care program and is the current President and CEO of consulting firm The 5Ps, LLC. Dr. Granger is a U.S. Army Major General (retired) and has served as the President and Chief Executive Officer of The 5Ps LLC, a healthcare, education, and leadership consulting firm, since August 2009. Dr. Granger served in the U.S. Army for over 35 years before retiring in June 2009, and was the Deputy Director and Program Executive Officer of the TRICARE Management Activity, Office of the Assistant Secretary of Defense (Health Affairs) in Washington, D.C. from December 2005 to June 2009. In this role he served as the principal advisor to the Assistant Secretary of Defense (Health Affairs) on DoD health plan, policy and performance and oversaw the acquisition, operation and integration of DoD’s managed care program within the Military Health System.

Prior to joining TRICARE Management Activity, Dr. Granger led the largest U.S. and multinational battlefield health system in recent history while serving as Commander, Task Force 44th Medical Command and Command Surgeon for the Multinational Corps Iraq. Dr. Granger received a B.S. Degree from Arkansas State University and earned his medical degree from University of Arkansas School of Medicine where he was awarded the Henry Kaiser Medical Fellowship for Medical Excellence and Leadership. Dr. Granger is board certified by the American College of Physician Executives, American Board of Medical Quality and American Board of Internal Medicine and holds numerous medical certifications.

He is a director of DLH Holdings Corp., a provider of healthcare delivery solutions, logistics and technical services, a Governance Fellow with the National Association of Corporate Directors, and a current and former advisor or member of the board of directors of several privately held companies.>